Kapcsolódó könyvek: Christopher Paolini: To Sleep in a Sea of Stars

Tiernan de Haas doesn’t care about anything anymore. The only child of a film producer and his starlet wife, she’s grown up with wealth and privilege but not love or guidance. Shipped off to boarding schools from an early age, it was still impossible to escape the loneliness and carve out a life of her own. The shadow of her parents’ fame followed her everywhere.

And when they suddenly pass away, she knows she should be devastated. But has anything really changed? She’s always been alone, hasn’t she?

Jake Van der Berg, her father’s stepbrother and her only living relative, assumes guardianship of Tiernan who is still two months shy of eighteen. Sent to live with him and his two sons, Noah and Kaleb, in the mountains of Colorado, Tiernan soon learns that these men now have a say in what she chooses to care and not care about anymore. As the three of them take her under their wing, teach her to work and survive in the remote woods far away from the rest of the world, she slowly finds her place among them.

And as a part of them.

She also realizes that lines blur and rules become easy to break when no one else is watching.

One of them has her.

The other one wants her.

He’s going to keep her.

“Victoria, will you marry me?”

Those words changed my life forever…just not in the way it would for most. I had it all until one fateful evening transformed my life in ways I never imagined.

Nine months later, I move to a sleepy little town, hoping to escape the demons of my past. As I attempt to claim back my life, Jude Montgomery enters my world, and things begin to change.

I thought running would appease the nightmares, but I soon discover my past won’t let go. Things are not what they seem, and I begin to question the world as I know it. Jude may hold the answers, but will my love for him blind me to the truth?

Does the flap of a butterfly’s wings in Brazil set off a tornado in Texas? In my case, yes, it does.

Will the truth set me free? Or will it imprison us both?

My name is Victoria Armstrong, and this is my story…I think.

Two sisters. One unsolved murder. A sickening plot for revenge.

When Mackenzie Wright attends her first real high school party, held somewhere deep in the woods of her small California town, no one expects to wake up the next morning to news of a gruesome murder. Especially not her own sister’s.

No suspects.
No motive.
No convictions.
Just one unsolved murder and whatever’s left of the now deserted town.

Mackenzie has spent years with her sister’s death weighing heavily on her shoulders, but it isn’t until she stumbles across a photograph that changes everything for her. The memories, everything from that night, come flashing back in high-speed technicolor and Mackenzie soon finds herself obsessed with the truth.

Determined to find out what really happened to her sister, Mackenzie relies on that one photograph to give her the answers she needs by embedding herself into the lives of five of the wealthiest men in Los Angeles. Consumed by her need for revenge, Mackenzie infiltrates the world of the rich and elite, only to come face-to-face with an alluring complication in the form an elusive playboy.

When enemy lines are drawn, Mackenzie has to choose between her loyalty to her sister and the man who has stolen her heart. 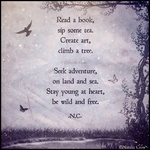