Juliette is still reeling from Warner's betrayal, and Kenji is trying to balance his friendship with her with his responsibilities as a leader of the resistance against the Reestablishment. Things get even more interesting when an unexpected person from Omega Point’s past surfaces.

The ending of Restore Me left readers gasping, and this novella full of Kenji’s signature sass and big heart is the perfect story to tide fans over until Defy Me, the shocking fifth book in the Shatter Me series, hits shelves in April 2019.

“Are you out of your mind?”
And when he says, without a hint of irony
“No more than usual” —
—it’s crystal clear to me that this dude is not okay.

“Have you seen her yet?” I ask.
And then, so quietly I almost miss it—
“No.”
Shit. This kid is breaking my heart.

Maybe it sounds weird to say, but I know I could love the shit out of someone. I feel it, in my heart. This capacity to love. To be romantic and passionate. Like it’s a superpower I have. A gift, even.
And I’ve got no one to share it with.

She smiled. It was a happy, genuine smile. I had a feeling that smile was going to kill me.

Warner and Juliette are having a moment.
A pretty passionate moment, right here, in the hall. I realize, as I watch them, that I’ve never seen them kiss before. I’m frozen. A little stunned. And I know I should, like, look away—I mean, I know in my head that I should? That it’s the decent thing to do? But I’m kind of fascinated.
They clearly have crazy chemistry.
Their relationship never made a lot of sense to me—I couldn’t understand how someone like Warner could be an emotional partner to anyone, much less someone like Juliette: a girl who eats, sleeps, and breathes emotion. I rarely saw him emote anything. I worried that Juliette was giving him too much credit, that she put up with too much of his bullshit in exchange for—I don’t even know what. A sociopath with an extensive coat collection?
Mostly, I worried that she wasn’t getting the kind of love she deserved.
But now, suddenly—
Their relationship makes sense. Suddenly everything she’s ever said to me about him makes sense. I still don’t think I understand Warner, but it’s obvious that something about her lights a fire in him. He looks alive when she’s in his arms. Human like I’ve never seen him before.
Like he’s in love.

Everyone thinks I’m not supposed to give a shit—that I shouldn’t—but I do. I always do.
And I give a shit about this asshole, too.

She’s different. She gets me. I give her a lot of crap for being emotional all the time, but I love how empathetic she is. I love how she feels things so deeply that sometimes even joy manages to wound her. It’s who she is. She’s all heart.

“Is that coffee?”
Winston pulls away from the door, horrified. “It’s my coffee.”
“Hand it over.”
“What? No.”
I narrow my eyes at him.
“Why can’t you get your own?” he says, pushing his glasses up the bridge of his nose. “This is only my second cup. You know it takes at least three before I’m even half awake.”
“Yeah, well, I have to be downstairs in five minutes or Warner’s going to murder me and I haven’t had any breakfast yet and I’m already exhausted and I really—”
“Fine.” Winston’s face darkens as he hands it over. “You monster.”

“Kishimoto, if I considered other people’s mediocre standards a sufficient metric by which to measure my own accomplishments, I’d never have amounted to anything.” He looks up, meets my eyes. “You should demand more of yourself. You’re entirely capable.”
“Are you—?” I blink, stunned. “I’m sorry, was that your idea of a compliment?”
He stares at me, his face impassive. “Get dressed.”
I raise my eyebrows. “You taking me out to breakfast?” 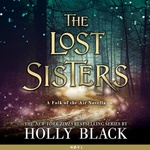