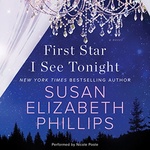 Piper Dove is a woman with a dream—to become the best detective in the city of Chicago. First job? Trail former Chicago Stars quarterback, Cooper Graham. Problem? Graham’s spotted her, and he’s not happy.

Piper soon finds herself working for Graham himself, although not as the bodyguard he refuses to admit he so desperately needs. Instead, he’s hired her to keep an eye on the employees at his exclusive new nightclub. But Coop’s life might be in danger, and Piper’s determined to protect him, whether he wants it or not. (Hint: Not!) If only she weren’t also dealing with a bevy of Middle Eastern… (tovább)

Piper Dove is a woman with a dream—to become the best detective in the city of Chicago. First job? Trail former Chicago Stars quarterback, Cooper Graham. Problem? Graham’s spotted her, and he’s not happy.

Piper soon finds herself working for Graham himself, although not as the bodyguard he refuses to admit he so desperately needs. Instead, he’s hired her to keep an eye on the employees at his exclusive new nightclub. But Coop’s life might be in danger, and Piper’s determined to protect him, whether he wants it or not. (Hint: Not!) If only she weren’t also dealing with a bevy of Middle Eastern princesses, a Pakistani servant girl yearning for freedom, a teenager who just wants of fit in, and an elderly neighbor demanding Piper find her very dead husband.

And then there’s Cooper Graham himself, a legendary sports hero who always gets what he wants—even if what he wants is a feisty detective hell bent on proving she’s as tough as he is.

From the bustling streets of Chicago to a windswept lighthouse on Lake Superior to the glistening waters of Biscayne Bay, two people who can’t stand to lose will test themselves and each other to discover what matters most.

“Ladies, this is Piper,” Coop said. “She’s given up her career as a mortician, but she’s having a hard time breaking old fashion habits.”
Piper reined in a laugh.
“You’ve come to the right place,” an überstylish redhead said. “Working as a mortician must have been super depressing.”
“Not so much as you’d think,” Piper said. “That’s how I met Coop. Burying the ashes of his career.”

Piper tried to tug down the hem. “I look like a pine tree.”
“With really good legs,” Heath Champion said from the front entrance. He wandered into the store and sprawled on the ottoman next to Coop’s. “I like it.”
“I don’t,” Coop said, his eyes on her thighs. “Too conservative.”

She set down her coffee mug. “What did I do now?”
He realized he was scowling. “Breathe.”
“Deepest apologies.” She raised her mug toward him, unscathed by his rudeness.

“My quarterbacks do tend to get involved with unusual women,” she said.
Those involvements had been well publicized, and like everyone else in Chicago, Piper knew the history. Cal Bonner had married a world-renowned physicist. Kevin Tucker was married to a prize-winning children’s book author. An eccentric artist had made an unlikely match with Dean Robillard. And it wasn’t only the quarterbacks. The team’s legendary wide receiver, Bobby Tom Denton, was married to the current mayor of Telarosa, Texas.

It was deliciously sinister. She felt as if she’d slipped into one of the mysteries she’d devoured as a kid. Piper Dove and the Secret of the Lighthouse Murders.

So what’s with the sneak attack on an innocent person?”
“I go to Pius now.” Piper recognized the name of a city parochial high school. “I’m one of the Pius Assassins.”
“Does the pope know about that?”
“You’re funny.”

…Piper, this is Trev. He’s five.”
“Five and a half,” the boy said. “You got a badge?”
…
“No badge,” she said, “but a couple of useful superpowers.”
He regarded her with a combination of anticipation and skepticism. “Flying?”
“Sure.”
“X-ray vision?”
“I couldn’t do my job without it.”
Trevor threw down the gauntlet. “Telekinesis?”
A big word for a little kid. Piper eyed his father, who shrugged. “Trev gets his brains from his mother.”
“Telekinesis is tricky,” Piper said. “I’m still working on that one.”
“That’s what I figured,” he said wisely. “What about invisibility?”
“Did you notice me here when you were eating breakfast?”
“No.”
“Well, then.”

“Well . . .” She swallowed. Looked up at him. “The fact is . . .” She released her breath in a whoosh. “I’m your stalker.”
“Stalker?”
A rush of adrenaline spread through her. She wouldn’t go down without a fight, and she shot up from the couch. “Not a dangerous one. Lord, no. Merely obsessed.”
“With me.” A statement, not a question. He’d been here before.
“I don’t make a habit of stalking people. This . . . quite got away from me, you see.” She didn’t know exactly how this tactic could save her, but she plunged on. “I’m not full-out barmy, you understand. Just . . . mildly unhinged.”
He cocked his head, but at least he was listening. And why not? Lunatics were always fascinating.
“I assure you, I’m only a bit of a nutter,” she said breathlessly. “Absolutely harmless. You don’t have to worry about violence.”
“Only that I have a stalker.”
“Not the first one, I daresay. A man like you . . .” She paused and tried not to choke. “A god.”
The hard look in his eyes indicated he wasn’t easily swayed by flattery. “I don’t want to see you anywhere near me again. Got it?”
She got it. It was over. Fini. But still, she couldn’t give up. “I’m afraid that will be impossible.” She paused. “Until my new medication kicks in.”
The cleft in his chin deepened as he set his jaw. “What you’re doing is illegal.” […]
She forged on. “Yes, well, as I believe I mentioned, it’s not that easy—not until my medication takes effect. The doctor has assured me it won’t be much longer. But until then, I’m quite helpless. Perhaps a compromise?”
“No compromise.”
“A week at the most. In the meantime, if you spot me, you’ll simply pretend I’m not around.” She brushed her hands together. “There. That’s done.”
[…]
Until he threw her out, she wasn’t giving up. “Couldn’t you reconsider? Only for one week until the new pills restore my sanity?”
“No.”
“Of course you couldn’t. And I do want the best for you. I can’t tolerate the idea of you cowering in fear, afraid to leave your condo because you’re terrified you’ll see me.”
“I’m not going to be terrified—”
“I’m sure I’ll be able to survive jail. How long do you think they’ll keep me? Is there the slightest chance you would— Never mind. It’s too much to ask you to visit me while I’m behind bars.”
“You’re completely nuts.”
“Oh, yes. But harmless. And remember, it’s only temporary.” She’d gotten this far. She might as well go for broke. “If you were physically attracted to me . . . You’re not, are you?”
“No!” His outrage was reassuring.
"Then I won’t offer to . . . sexually satisfy you.” Gleckkk! She was going to wash her mouth out with soap when this was over.
“Get some help,” he snarled.

Piper’s cell rang. She wasn’t supposed to take personal calls when she was driving, but she couldn’t ignore this one, and she put it on speaker.
“Interesting,” a familiar male voice said. “Here I am sitting in my office waiting for a meeting that was supposed to start ten minutes ago, yet I’m still alone.”
“I’m stuck in traffic.” Before he could upbraid her, she went on the offensive. “If you hadn’t refused to give me your cell number, I would have called.”
“Stuck in traffic is not an excuse. It’s a sign of bad planning.”
“I’ll send that to Oprah as an inspirational quote.”
“I liked it better when you were pretending to be in love with me.”
“My meds kicked in.”
He snorted.
She gnawed at her bottom lip and looked at the clock on the dashboard. “If I’d had your cell number—”
“I told you. If you need me, call my agent.”
“I thought you were being sarcastic.”
“I’m never sarcastic.”
“Not exactly true, but . . . I’ll be there in thirty-five minutes.”
“At which time I’ll be at the gym.” The call went dead.