Nominated for an Edgar award for best mystery of the year, City of Glass inaugurates an intriguing New York Trilogy of novels that The Washington Post Book World has classified as „post-existentialist private eye… It's as if Kafka has gotten hooked on the gumshoe game and penned his own ever-spiraling version.” As a result of a strange phone call in the middle of the night, Quinn, a writer of detective stories, becomes enmeshed in a case more puzzling than any he might have written. Written with hallucinatory clarity, City of Glass combines dark humor with Hitchcock-like suspense.
Ghosts and The Locked Room are the next two brilliant installments in Paul Auster's The New York Trilogy. 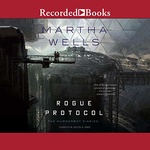