László Moholy-Nagy was one of the most ardent seekers of the 'New Vision' among the early twentieth century avant-garde artists. His ongoing preoccupation with the phenomenon of light defined all periods of his artistic creativity, and his strength lay in his effortless skill translating light and spatial dimensions from one medium to another. In the early 1930s the first color processes became widely available. After he had mastered the different fields of black/white photography, it was only to be expected that Moholy would focus his creative energy on the next hot issue among photographers. Color photography proved to be one of Moholy's most important media of artistic production, but until now, with a few exceptions, his work in the field of color photography is unknown. This book presents 100 works – advertisements, portraits, urban views, New Bauhaus studies, and abstract compositions – from the early days of Moholy's experimentation with color in 1934 until his death in 1946. 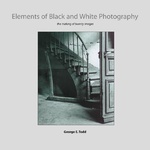 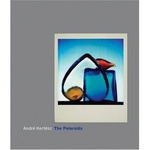