Introducing a new, quarterly, graphic-novella series based on the exciting new Clone Wars motion picture and „Clone Wars” animated television series! In „The Shipyards of Doom,” Obi-Wan Kenobi and Anakin Skywalker lead an elite Clone Trooper strike force to destroy the Separatists' most important shipyards. But when the enemy is tipped off to their plan, the two Jedi heroes are forced to rely on help from Anakin's new, and still „wet behind the ears” Padawan, Ahsoka. But what can she do against the droid armies of General Grievous?

„Masters! I was very impressed to hear about your precision hyperspace jump! I've always wondered if it was possible.”
„ I wouldn't recommend it, Skywalker.”
„ I can't wait to try it.”

„Ahsoka?”
„Bet, you're glad to see me.”
„You'd lose that bet.”
(…)
„I ordered you to stay…and you disobeyed my direct order.”
„You're right, master, but I thought I could help.”
„ Come on.”
After a brief search, Anakin and Ahsoka locate their team members…
„ Well, hello there. I imagine you're in big trouble.”
„ Yep.”

„ I understand your frustration, my friend, but this is no great disaster for us. These shipyards had to be destroyed eventually. Remember our goals, Lord Tyranus. If the separatist navy grows too powerful, there is a chance the war could end sooner…and with unexpected results.”
„I suppose the problem has been dealt with, if perhaps earlier than we anticipated.”
„More importantly, we excised the weak link in Overseer Juhm and discovered just how powerful Skywalker and Kenobi can be together.”

„They are located in the separatist-occupied Gwori System. Our forces are too splintered for an all out attack, but sabotage is possible…although it will not be easy.”
„Is anything in this war ever easy?”
„ It is with me, Master.”

„ A small team could get past those defenses and pinpoint the warship factories.”
„Then call in a bomber group for a precision strike? Possible, provided one could get into the system undetected, Skywalker.”
„ I am confident we can do it. That is Master Kenobi and myself.”
„ Don't forget the padawan.”

„Too bad we got such a quiet post.”
„Sure beats fighting Jedi.”
„Your courage circuit needs an upgrade. I think we could take a Jedi.”
„ I don't.” 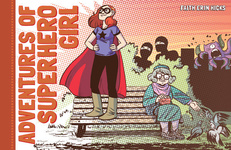