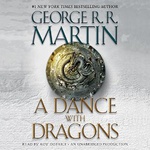 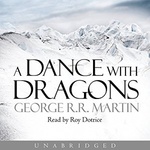 Six years have passed since the time of events in „A Storm of Swords”. Autumn is ending, with the realm in disarray. Tommen sits on the Iron Throne, but it is Cersei who rules, supported by Casterly Rock and Highgarden. Thanks to Dorne, the north has become a lawless wilderness.

„A reader lives a thousand lives before he dies' said Jojen. "The man who never reads live only one.”

Every dwarf is a bastard in his father’s eyes.

„The night is dark and full of turnips”

Each of the Nine Free Cities had its bank, and some had more than one, fighting over every coin like dogs over a bone, but the Iron Bank was richer and more powerful than all the rest combined. When princess defaulted on their debts to lesser banks, ruined bankers sold their wives and children into slavery and opened their own veins. When princes failed to repay the Iron Bank, new princes sprang up from nowhere and took their thrones.

Domeric. A quiet boy, but most accomplished. He served four years as Lady Dustin’s page, and three in the Vale as a squire to Lord Redfort. He played the high harp, read histories, and rode like the wind. Horses … the boy was mad for horses, Lady Dustin will tell you. Not even Lord Rickard’s daughter could outrace him, and that one was half a horse herself. Redfort said he showed great promise in the lists. A great jouster must be a great horseman first.

Hear me, Daenerys Targaryen. The glass candles are burning. Soon comes the pale mare, and after her the others. Kraken and dark flame, lion and griffin, the sun's son and the mummer's dragon. Trust none of them. Remember the Undying.

Things can change quickly in the game of thrones. 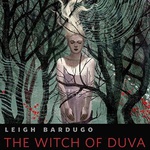