Includes 'The Freedom of the Press', intended as the preface to 'Animal Farm' but undiscovered until 1972. Considered by Noam Chomsky to be Orwell's most important essay. These essays demonstrate the life and work of one of the most individual writers of the last century.

All writers are vain, selfish and lazy, and at the very bottom of their motives there lies a mystery. Writing a book is a horrible, exhausting struggle, like a long bout of some painful illness. One would never undertake such a thing if one were not driven on by some demon whom one can neither resist nor understand.

There was a time when I really did love books – loved the sight and smell and feel of them, I mean, at least if they were fifty or more years old. Nothing pleased me quite so much as to buy a job lot of them for a shilling at a country auction. There is a peculiar flavour about the battered unexpected books you pick up in that kind of collection: minor eighteen-century poets, out-of-date gazeteers, odd volumes of forgotten novels, bound numbers of ladies' magazines of the sixties. For casual reading – in your bath, for instance, or late at night when you are too tired to go to bed, or in the odd quarter of an hour before lunch – there is nothing to touch a back number of the Girl's Own Paper.

England is not the jewelled isle of Shakespeare's much-quoted message, nor is it the inferno depicted by Dr Goebbels. More than either it resembles a family, a rather stuffy Victorian family, with not many black sheep in it but with all its cupboards bursting with skeletons. It has rich relations who have to be kow-towed to and poor relations who are horribly sat upon, and there is a deep conspiracy of silence about the source of the family income. It is a family in which the young are generally thwarted and most of the power is in the hands of irresponsible uncles and bedridden aunts. Still, it is a family. It has its private language and its common memories, and at the approach of an enemy it closes its ranks. A family with the wrong members in control – that, perhaps, is as near as one can come to describing England in a phrase.

149-150. oldal, 11. The Lion and the Unicorn: Socialism and the English Genius, Part I: England Your England

(…) the imagination, like certain wild animals, will not breed in captivity.

Never tell me, by the way, that the dead look peaceful. Most of the corpses I have seen looked devilish.

Until one has some kind of professional relationship with books one does not discover how bad the majority of them are.

… political speech and writing are largely the defence of the indefensible. […] Defenceless villages are bombarded from the air, the inhabitants driven out in the countryside, the cattle machine-gunned, the huts set on fire with incendiary bullets: this is called pacification. Millions of peasant are robbed of their farms and sent trudging along the roads with no more than they can carry: this is called transfer of population or rectification of frontiers. People are imprisoned for years without trial, or shot in the back of the neck or sent to die of scurvy in Arctic lumber camps: this is called elimination of unreliable elements. Such phraseology is needed if one wants to name things without calling up mental pictures of them.

Politics and the English Language

In the case of a word like democracy, not only there is no agreed definition, but the attempt to make one is resisted from all sides. It is almost universally felt that when we call a country democratic we are praising it: consequently the defenders of every kind of régime claim that it is a democracy, and fear that they might have to stop using the word if it were tied down to any one meaning. Words of this kind are often used in a consciously dishonest way. That is, the person who uses them has his own private definition, but allows his hearer to think he means something quite different.

Politics and the English Language 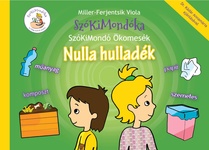 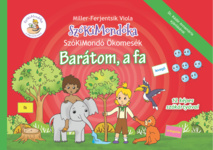