The Definitive Study of Alfred Hitchcock by François Truffaut

Based on the famous series of dialogues between Francois Truffaut and Alfred Hitchcock from the 1960s, the book moves chronologically through Hitchcock's films to discuss his career, techniques, and effects he achieved. It changed the way Hitchcock was perceived, as a popular director of suspense films – such as Psycho and The Birds – and revealed to moviegoers and critics, the depth of Hitchcock's perception and his mastery of the art form.

As a result of the changed perceptions about Hitchcock, his masterpiece, Vertigo, hit the No 1 slot in Sight & Sound's recent poll of film-makers and critics, displacing Citizen Kane as the Best Film of all time. 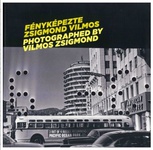