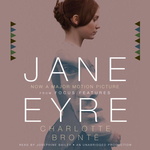 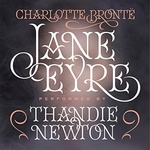 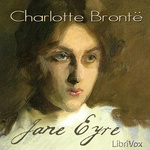 The orphaned Jane Eyre has emerged a fiercely independent young woman. As governess at Thornfield Hall, she’s found her first real home—though it stands in the shadow of the estate’s master, Mr. Rochester, and its haunted halls ring with maniacal laughter. For even the grandest houses have secrets.

As much a story about defying convention as it is about coming-of-age, Jane Eyre remains one of the most beloved novels in the English language. Both Gothic and Victorian in its influence and scope, it captures one woman’s determination to live life on her own terms—choosing courage over fear, while finding power in love and compassion.

„…Do you know where the wicked go after death?”
„They go to hell,” was my ready and orthodox answer.
„And what is hell? Can you tell me that?”
„A pit full of fire.”
„And should you like to fall into that pit, and to be burning there for ever?”
„No, sir.”
„What must you do to avoid it?”
I deliberated a moment: my answer, when it did come, was objectionable: „I must keep in good health, and not die.”

Beauty is in the eye of the gazer.

Every atom of your flesh is as dear to me as my own: in pain and sickness it would still be dear.

“Because,” he said, “I sometimes have a queer feeling with regard to you—especially when you are near me, as now: it is as if I had a string somewhere under my left ribs, tightly and inextricably knotted to a similar string situated in the corresponding quarter of your little frame. And if that boisterous Channel, and two hundred miles or so of land come broad between us, I am afraid that cord of communion will be snapt; and then I’ve a nervous notion I should take to bleeding inwardly. As for you,—you’d forget me.”

They generally run on the same theme – courtship; and promise to end in the same catastrophe – marriage.'

To W. M. Thackeray, esq. this work is respectfully inscribed by the author

Am I hideous, Jane?’
Very, sir: you always were, you know.

It is in vain to say human beings ought to be satisfied with tranquillity: they must have action; and they will make it if they cannot find it. Millions are condemned to a stiller doom than mine, and millions are in silent revolt against their lot. Nobody knows how many rebellions besides political rebellions ferment in the masses of life which people earth. Women are supposed to be very calm generally: but women feel just as men feel; they need exercise for their faculties, and a field for their efforts, as much as their brothers do; they suffer from too rigid a restraint, too absolute a stagnation, precisely as men would suffer; and it is narrow-minded in their more privileged fellow-creatures to say that they ought to confine themselves to making puddings and knitting stockings, to playing on the piano and embroidering bags. It is thoughtless to condemn them, or laugh at them, if they seek to do more or learn more than custom has pronounced necessary for their sex.

– (…) after all, it’s tough work fagging away at a language with no master but a lexicon.”

A strange place was this humble kitchen for such occupants! Who were they? They could not be the daughters of the elderly person at the table; for she looked like a rustic, and they were all delicacy and cultivation. I had nowhere seen such faces as theirs: and yet, as I gazed on them, I seemed intimate with every lineament. I cannot call them handsome—they were too pale and grave for the word: as they each bent over a book, they looked thoughtful almost to severity. A stand between them supported a second candle and two great volumes, to which they frequently referred, comparing them, seemingly, with the smaller books they held in their hands, like people consulting a dictionary to aid them in the task of translation. This scene was as silent as if all the figures had been shadows and the firelit apartment a picture: so hushed was it, I could hear the cinders fall from the grate, the clock tick in its obscure corner; and I even fancied I could distinguish the click-click of the woman’s knitting-needles. When, therefore, a voice broke the strange stillness at last, it was audible enough to me.

“Listen, Diana,” said one of the absorbed students; “Franz and old Daniel are together in the night-time, and Franz is telling a dream from which he has awakened in terror—listen!” And in a low voice she read something, of which not one word was intelligible to me; for it was in an unknown tongue—neither French nor Latin. Whether it were Greek or German I could not tell.

“That is strong,” she said, when she had finished: “I relish it.” The other girl, who had lifted her head to listen to her sister, repeated, while she gazed at the fire, a line of what had been read. At a later day, I knew the language and the book; therefore, I will here quote the line: though, when I first heard it, it was only like a stroke on sounding brass to me—conveying no meaning:—

“‘Da trat hervor Einer, anzusehen wie die Sternen Nacht.’ Good! good!” she exclaimed, while her dark and deep eye sparkled. “There you have a dim and mighty archangel fitly set before you! The line is worth a hundred pages of fustian. ‘Ich wäge die Gedanken in der Schale meines Zornes und die Werke mit dem Gewichte meines Grimms.’ I like it!”

Both were again silent.

“Is there ony country where they talk i’ that way?” asked the old woman, looking up from her knitting.

“Yes, Hannah—a far larger country than England, where they talk in no other way.”

“Well, for sure case, I knawn’t how they can understand t’ one t’other: and if either o’ ye went there, ye could tell what they said, I guess?”

“We could probably tell something of what they said, but not all—for we are not as clever as you think us, Hannah. We don’t speak German, and we cannot read it without a dictionary to help us.”

“And what good does it do you?”

“We mean to teach it some time—or at least the elements, as they say; and then we shall get more money than we do now.”

“Varry like: but give ower studying; ye’ve done enough for to-night.”

“Mortally: after all, it’s tough work fagging away at a language with no master but a lexicon.”

“It is, especially such a language as this crabbed but glorious Deutsch. I wonder when St. John will come home.” 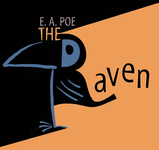