Zac Alben loved his life in Cattle Valley until he made the ultimate mistake and introduced his partner in life, Terry, to his on-the-job partner, Jakob. He hoped the two men would hit it off, but he had no idea the meeting would forever change his life.

Scarred and broken, Zac shows the facade of a man on the mend. He returns to work, joins the community in celebrating Cattle Valley Days and wakes nightly in a cold sweat.

Pushed away at every turn, Jakob Cox still doesn't know what happened the night Zac nearly lost his life. Despite Zac's cold shoulder, Jakob takes it upon himself to drag the man he loves back into the land of the living. 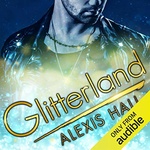