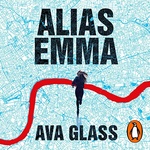 Emma Makepeace is about to spend the longest night in her life.

She's on her first operation with a shadowy organisation known only as 'The Agency', assigned to track down and save an innocent man wanted by the Russian government.

All Emma has to do is bring him in to MI6 before sunrise, and before an assassination team gets to him first.

But the Russians have hacked the city's CCTV cameras. There are spies all over London searching for the two of them. And her target, Michael Primalov, doesn't want to be rescued.

As London sleeps, a battle is taking place on its streets as Emma fights to keep Michael alive.

But what sort of reception await them if and when they get to MI6?