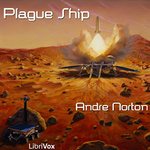 Lured by exotic gems and valuable oils, the crew of the space trader Solar Queen landed on the newly discovered planet Sargol, only to find their most ruthless competitor there ahead of them. Still they tried for fair trade, even according to the sly rules of the feline natives-- whose beauty and grace were equalled only by their determination to drive a hard bargain.

But after satisfactory trading and uneventful take-off, the Solar Queen discovered a plague on board, the treacherous work of someone who'd been on Sargol. Now they are forbidden by Federation rules from landing on any inhabited planet – and their supplies are running dangerously low