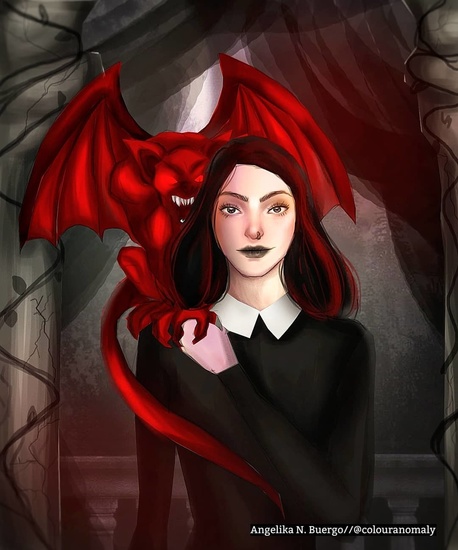 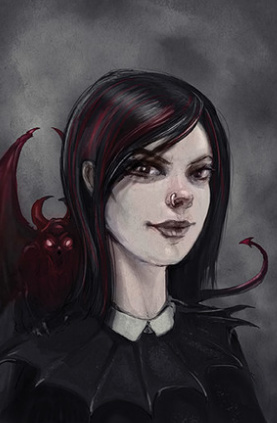 “So let me get this straight,” Sophie said. “There were two School Masters first. And they were brothers.”
“Twins,” said Hester.
“One Good, one Evil,” said Anadil.
Sophie moved along a series of chipped marble murals built into Evil Hall. Covered in emerald algae and blue rust, torch-lit with sea-green flames, the hall looked like a cathedral that had spent most of its life underwater.
She stopped at one, depicting two young men in a castle chamber, keeping watch over the enchanted pen she had seen in the School Master’s tower. One brother wore long black robes, the other white. In the cracked mosaic, she could make out their identical handsome faces, ghostly pale hair, and deep blue eyes. But where the white-robed brother’s face was warm, gentle, the black-robed one’s was icy and hard. Still, something about both of their faces seemed familiar.


Soman Chainani: The School for Good and Evil 92%

“Love spells are junk villainy. They don’t work.”
“I’m sure you’ll find one that does,” Sophie said.
“I’m warning you, Sophie. This will end badly.”
“Hmm . . . What about petunias in every room?” Sophie mused. “I think it’ll be my first proposal as Class Captain.”
That night Hester wrote to her relatives for love spells.

Soman Chainani: The School for Good and Evil 92%

“No wonder Daddy never let us near young gnomes in Sherwood Forest,” Dot marveled as Hester beat Sophie with a pillow. “Probably thought they were contagious.”
“The sheriff is not alone in his thinking,” Yuba sighed. “And yet, these two properties of gnomes were of deep interest to Merlin, the greatest student to ever attend the School for Good and Evil. In his free time, and often in this very cave, he probed and studied gnome biology so relentlessly his ranks suffered. It is why he was ultimately tracked as a Helper to Arthur’s father, instead of as a hero of his own tale.”

Soman Chainani: A World Without Princes