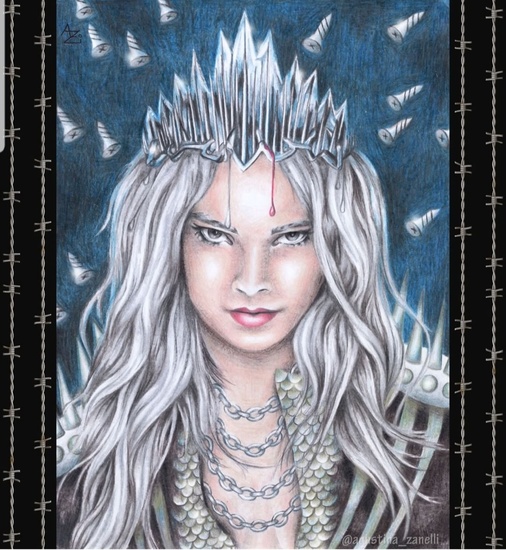 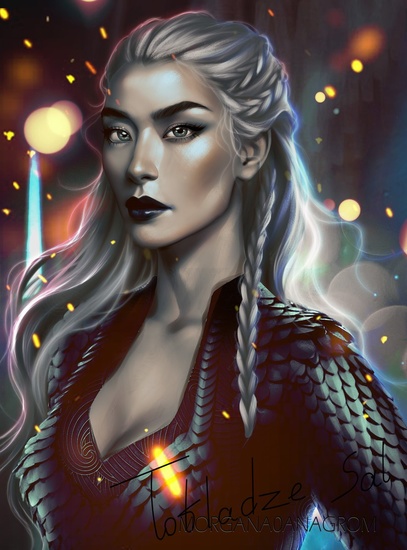 It is an odd thing, to be loved and know you are loved as well.

House Samos is not known for the ability to display affection, and Tolly and I are no exception. I remember watching Mare Barrow hug her family good-bye the last time she left Montfort. They were all arms and movement, clinging so tightly, making such a fuss in front of an audience. Not exactly my taste. But when I hug Tolly, I think of her, and I squeeze him just a bit longer than usual. He responds in kind, giving me an awkward pat on the back that nearly knocks the air from my lungs.

“After abdicating and becoming a citizen here, I enlisted in the Montfortan military. I’ve been assigned to guard duty, specifically in the premier’s residence.”
The thought of Evangeline Samos standing at doorways and following Red dignitaries around is particularly delicious. A smirk spreads across my face. “Do you want me to feel sorry for you?”
“Feel sorry for yourself, Barrow—I’m your bodyguard.”
I almost choke on nothing. Next to me, Tyton forces out a scoff. “I beg your pardon?” I sputter.
She merely brushes her braid over one shoulder, gesturing for us to walk on.
“I’m so good at saving your life, I might as well get paid for it.”

“There aren’t many who deserve to be happy. I’m certainly not one of them, but here I am.” She leads me around a corner, winding us toward the entrance hall. “I think you might deserve it, Barrow.”

If anything is proof of the new world, the new possibility we could have, the Samos siblings are. First Evangeline, once meant to be my queen and my burden, then a princess of a hostile kingdom—now a soldier of an equal nation, with the woman she loves at her side. And her brother, heir to a throne as much as I was, nearly crushed by the expectations of a similar father—Ptolemus is here too, oathed to defend all he was raised to destroy. Both have so many sins behind them; both have no right to forgiveness or a second chance. But they found it, and the world is better for having them.