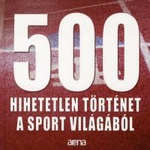 It is 1947, the year that Jackie Robinson breaks in with the Dodgers, and Blue follows his progress closely, remembering the churchyard and knowing there is more to it than just baseball. […] Watching the game, he finds it difficult to take his eyes off Robinson, lured constantly by the blackness of the man's face, and he thinks it must take courage to do what he is doing, to be alone like that in front of so many strangers, with half of them no doubt wishing him to be dead. As the game moves along, Blue finds himself cheering whatever Robinson does, and when the black man steals a base in the third inning he rises to his feet, and later, in the seventh, when Robinson doubles off the wall in left, he actually pounds the back of the man next to him for joy.