Shannon was born in Hammersmith, London in November 1991 and grew up in Ruislip. She first began writing at the age of fifteen, when she wrote her first novel, Aurora, which remains unpublished. Shannon studied English language and literature at St Anne's College, Oxford, and graduated in 2013.

In 2012 she signed a six-figure book deal with Bloomsbury Publishing, who bid following the London Book Fair, to publish the first three books in a seven-book series, beginning with The Bone Season. Set in 2059, the events of the novel take place in a London governed by a "security force" called Scion and an Oxford which has become a huge prison. Film rights to The Bone Season were optioned by Andy Serkis's film company, The Imaginarium Studios, in November 2012.

Samantha Shannon: The Priory of the Orange Tree 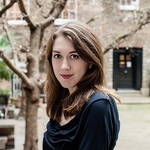