„Working in the chain of command for the last thirteen years has been like trying to waltz with an elephant. Slow, lumbering, ready to step on you at any moment and reduce you to grease. D'you have any idea how nice it would be just once to be able to dance on top of the damned elephant, instead of under it?”

„You had exactly three role models to learn how to be a human being from. The Jacksonian body-slavers, the Komarran terrorists—and Miles. You were steeped in Miles. And I'm sorry, but Miles thinks he's a knight-errant. A rational government wouldn't allow him possession of a pocket-knife, let alone a space fleet. And so, Mark, when you were finally forced to choose between two palpable evils and a lunatic—you upped and ran after the lunatic.”

„Sometimes, insanity is not a tragedy. Sometimes, it's a strategy for survival. Sometimes . . . it's a triumph.” 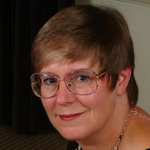