He has passed on to us a description of Oannes as a ‘monster’, or a ‘creature’. However, what Berossos has to say is surely more suggestive of a man wearing some sort of fish-costume – in short, some sort of disguise. The monster, Berossos tells us:
had the whole body of a fish, but underneath and attached to the head of the fish there was another head, human, and joined to the tail of the fish, feet like those of a man, and it had a human voice . . . At the end of the day, this monster, Oannes, went back to the sea and spent the night. It was amphibious, able to live both on land and in the sea . . . Later, other monsters similar to Oannes appeared.

What rare and precious things these little broken slabs of baked mud are!

Göbekli Tepe is the oldest work of monumental architecture so far found anywhere in the world, or at any rate the oldest accepted as such by archaeologists. 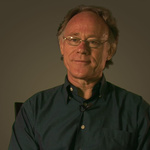