The second task was to infiltrate the mechanisms of political power. Avoiding the high levels, former Nazis slipped into the grass-roots organization of the ruling party at ward and constituency level. Again, there was no law to forbid a former member of the Nazis from joining a political party. It may be a coincidence, but unlikely, that no politician with a known record of calling for increased vigour in the investigation and prosecution of Nazi crimes has ever been elected in the CDU or the CSU, either at Federal level or at the equally important level of the very powerful Provincial Parliaments. One politician expressed it with crisp simplicity – 'It’s a question of election mathematics. Six million dead Jews don’t vote. Five million former Nazis can and do, at every election.' 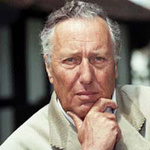